Mesh uses Trenchbroom to make the main parts of levels - the architecture, or structure of a level. On top of the structure of the level, many game elements (Entities) are built into the level.

At the minimum, a level must have a player_start and at least one dynamic light.

Here are the brush types and entities Mesh supports:

You can create a door by right clicking on any brush and choosing Func then Door.

A door will have several base properties that can be adjusted in the Entity editor. The most important being the name of the door. You will use this to reference the door with a Buttons or a Trigger. 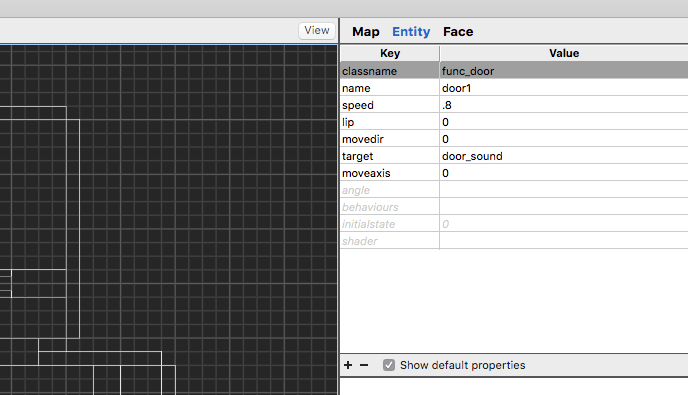 The following are the basic properties:

To make triggers the player can activate by colliding with it: 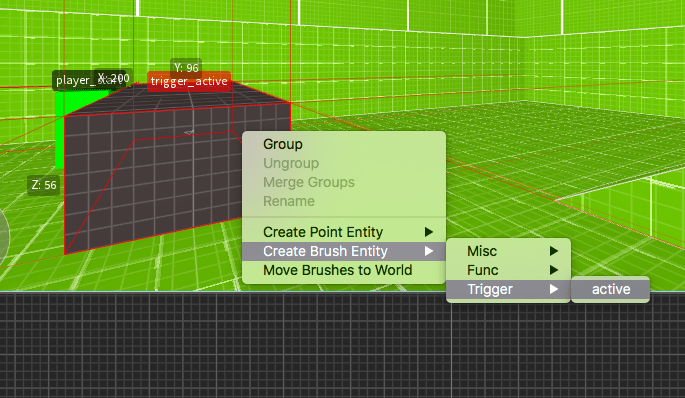 Another special type of brush are the Actives. These are created similarly to the triggers above, but instead of right clicking Trigger, you selected Func. 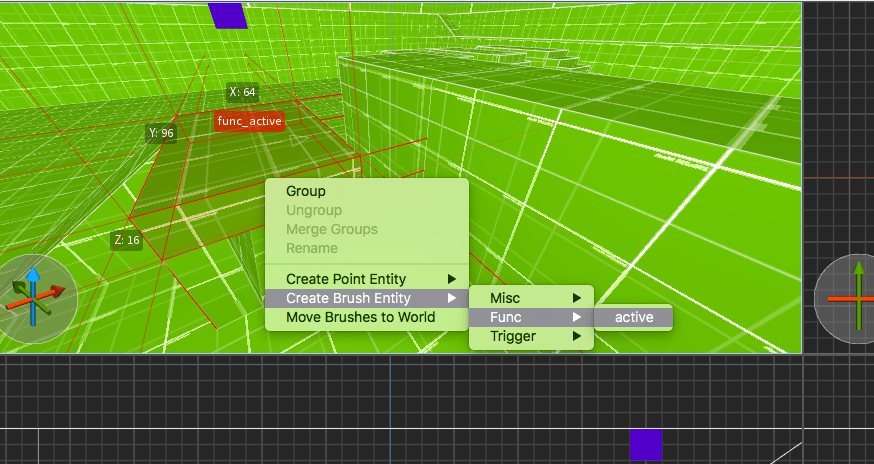 This setting will also allow you to set behaviours and custom shaders on brushes.

The difference between the Actives and the Triggers is: triggers are not meant to be seen whereas actives are. A Trigger can be used to make a door open, or kick off a sound, where as an Active is used for a button, an elevator, or to create a pool of water with a special shader.

To create a button use an Active, and attach a behaviour of a button.

The target property of the active will be where the message ‘the button got pressed’ gets sent.

For example, here is a screen shot of a button that when pressed opens two doors at the same time:

Brush types are used to optimise a level. They can be used to make a brush invisible, or to create an invisible wall the player can not pass through.

To create a teleport you start by creating the teleport destination. Create a Brush, give it a name, and attach a behaviour of a teleport. It is also useful to set rendermode to Don’t Render and solid to None.

With the teleport defined, you can then make a Trigger with a target of the newly created teleport destination. When the player trips the trigger they will be teleported ot the destination.

To create a skybox you need to create a skybox set; four images that make up each side of a box facing inward. These files need to be in the textures/_box hive directory, and they must have a name in the following format:

Once the images have been created, you can create a brush with it’s origin at (0, 0, 0) - it must be located in the middle of the map. You can then click on the box and choose skybox:

When the player is in VR, a floor will allow the user to use locomotion to move to that area (teleport to that location by using the VR controller, pointing at a location and pulling the trigger).

By default floors are not visible, and not sent to the physics engine. They are used to mark parts of the scene where the player is allowed move. 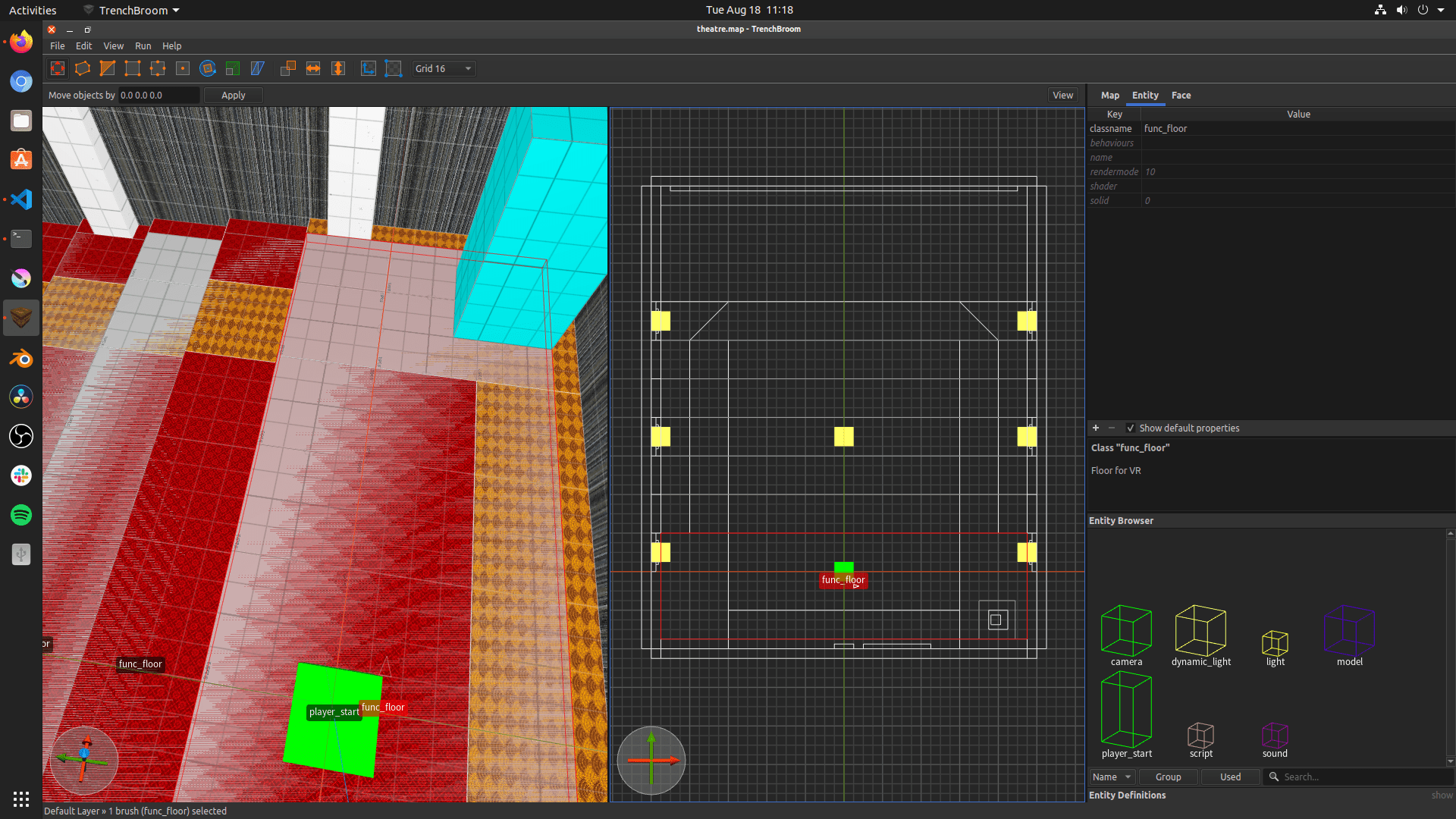 This defines the player start position

This defines a static camera position. If you provide both a camera and a player_start, the player_start will be the default viewer when the scene starts.

Dynamic lights have some global settings as shown in the following table, and mesh had some built in behaviours you can apply (listed after the properties)

Adding the flicker behaviour will add the following properties

Models are used for static meshes, NPC, or animated models within a level.

For example, if you add the custom underscore property _apple = 1 to the object, when the player collides with the object the players inventory will increase the player’s apple inventory by 1 (if it doesn’t exist it will create it and add one).

This could also be used to decrease a player’s health by using a negative value.

Chase will make the object try to follow the target. The “AI” behind this is quite dumb; currently only usable for testing.

Sounds are used to place sounds in the level

A script is used to trigger several different entities or brushes at the same time, or in sequence with custom logic (assigned using the behaviour property)